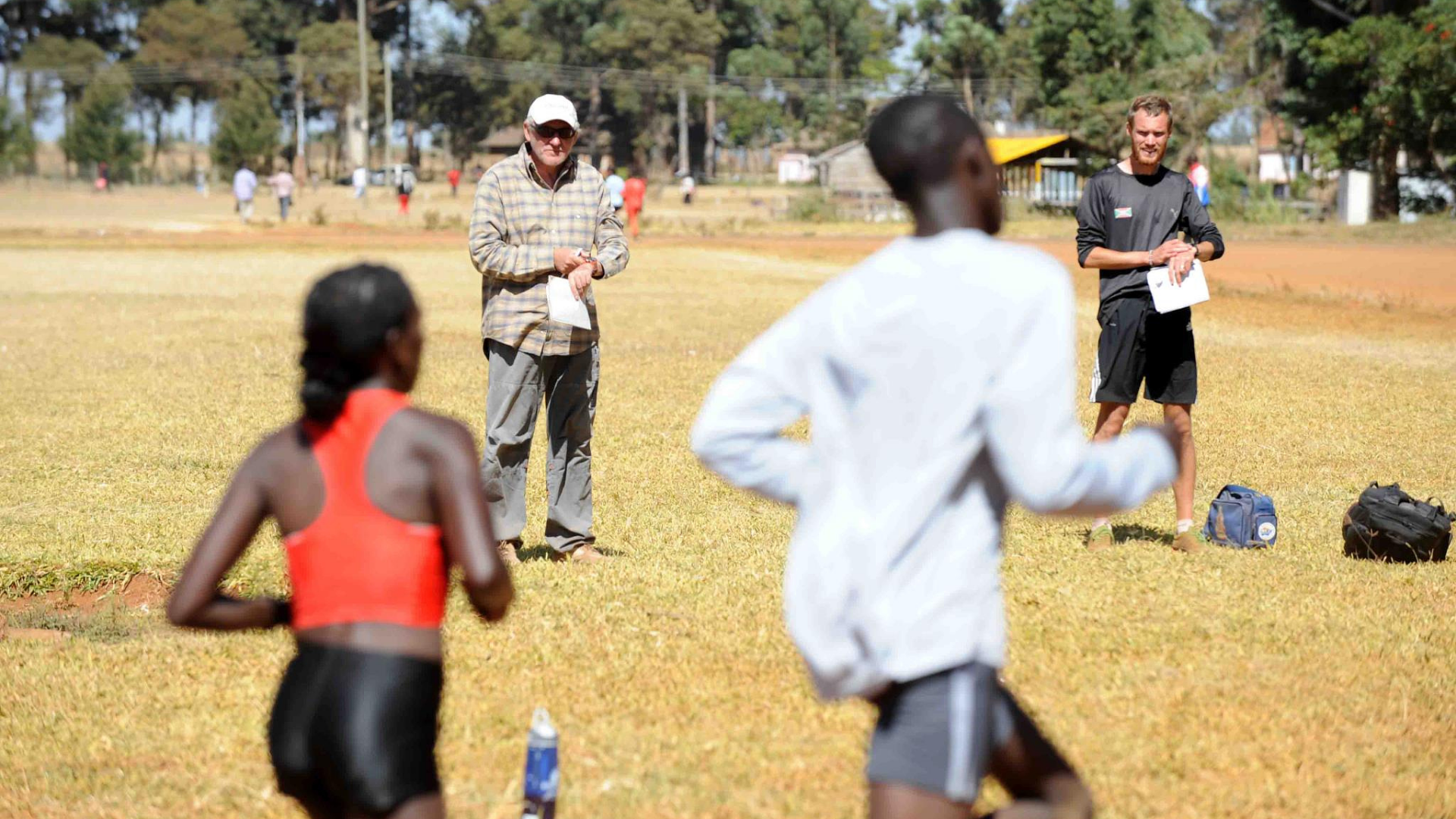 From 2011 to 2014 Gavin cut his teeth as a coach in Iten Kenya. Working for the Global Sports Communications (GSC) team as Assistant Coach Gavin coached a group of elite Kenyan runners including 2012 Olympic Silver Medalist Abel Kirui and multiple World Champion Florence Kiplagat under the guidance of Head Coach Renato Canova.

After proving his value to the team as Assistant Coach, Gavin went on to act as Head Coach for other members of the GSC team including steeplechaser Gladys Kipkemoi and Junior star Brillian Kipkoech.

Despite working with Abel during his Olympic medal and World Championship gold medal-winning seasons, Gavin believes his greatest achievement in Kenya was in guiding  Gladys Kipkemoi’s return to fitness and qualification for the Kenya national team for the 2013 World Championships (where she, unfortunately, fell in her heat) after long term injury and multiple year break to start a family.

Having returned to the UK, Gavin went on to lead a small team of elite runners in the UK including Lee Merrien and John Beattie and was recognised by the national governing body British Athletics and was included in their British Athletics National Coach Development Program plus (NCDP+) from 2014 – 2015.

Gavin travelled to China at the end of 2015 to start a role as Head Coach of the National Women’s Marathon squad, a role that his mentor Renato had previously occupied. However, despite the excitement of an international Head Coach position, it quickly became clear that the role was not well suited to Gavin who wanted to be closer to his family and other elite athletes back in the UK.

In addition to his work with elite runners, Gavin has used his knowledge and experience to help competitive runners of all levels rediscover lost form and reach performances beyond what they previously believed possible via online coaching.

Between 2011 and 2018 Gavin ran the successful ‘Elite Running Coach’ business for exactly this purpose. In early 2018 he decided to take a break from coaching whilst he focused on the Kenya Experience business which was demanding an increasing portion of his time, and has now returned to coaching runners of all levels who wish to improve their race day performances.

Gavin’s coaching style is often said to be relaxed but that shouldn’t be confused for inattentive. Gavin has a degree in Sport & Exercise Science from Loughborough University, but describes his own coaching as more intuition than strict exercise physiology. 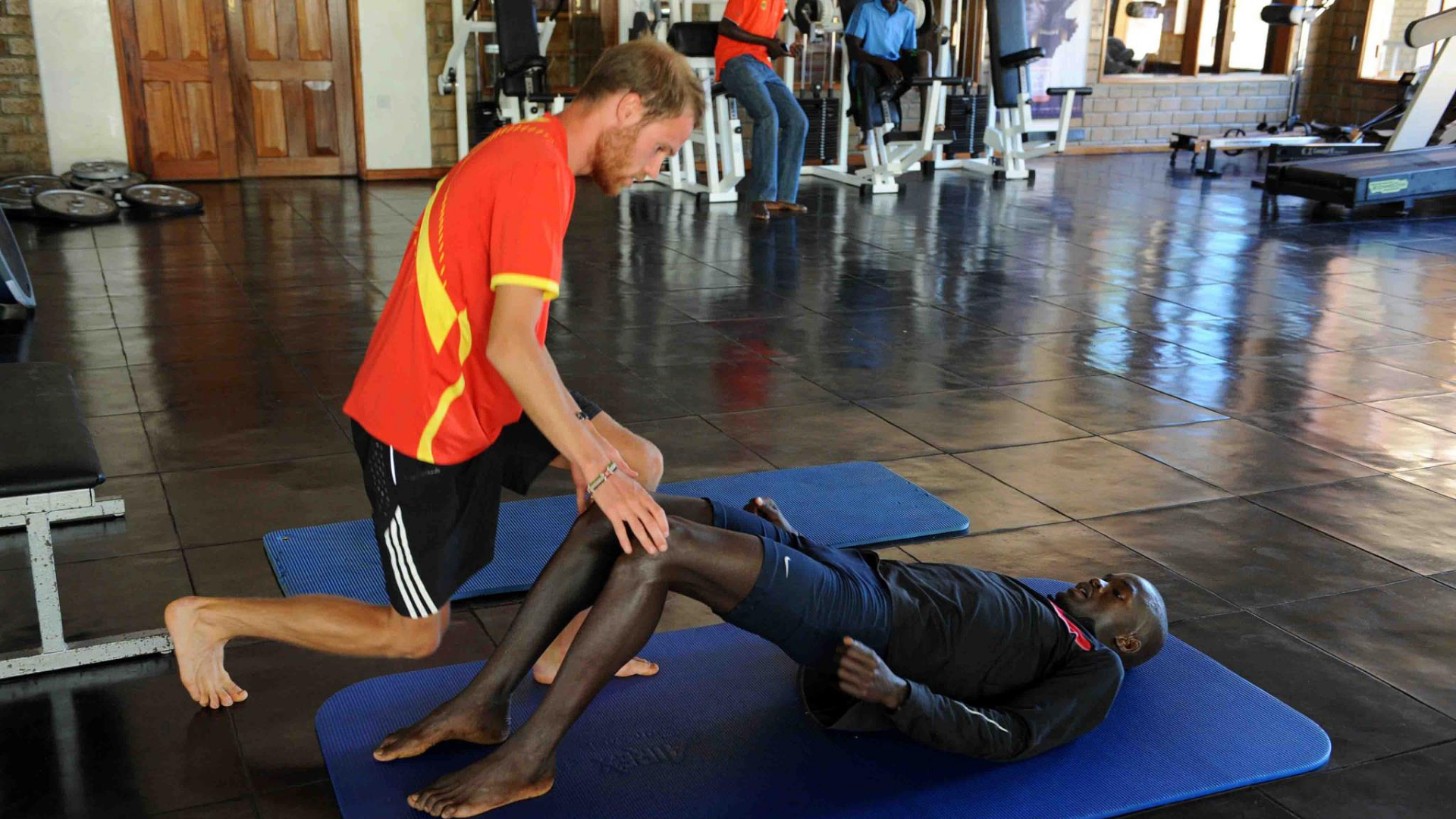 Understanding the basics of physiology is a must, but for me the real skill in coaching is understanding the athlete and helping them to unlock the barriers that are preventing them from higher performances. Whilst I do utilise a lot of (modified) great workouts that Renato designed, the biggest thing I learned from my time with the great coach is about understanding the psychology and mentality of the runner and forming an overall plan that works in sync with that.

I wouldn’t say I have any super workouts or know secrets that other coaches don’t. I just care about the runners I work with and I have tried to develop a skill for doing more than just setting a good training plan and saying ‘there you go, get on with it’.

I think that’s why I had good success in Kenya with super-elite runners. I didn’t try to impose my knowledge on them. Instead, I tried to objectively assess the situation and then see what we can do next to improve the condition of the athlete, in a way that works with their mentality and other real-life factors.

There’s nothing flashy about my coaching, in fact, it’s probably viewed by some as quite basic. But more often than not we get good results, and if we don’t get good results we try to assess why and find a plan to move forward.

In Iten, Gavin approached me during the month of May 2010, asking to follow my training with some of the best Kenyan athletes, in order to learn something about training for elite runners.

He was with me as volunteer till October. After Florence Kiplagat won WMCh in Nanning, (World Half Marathon Championships) I had already enough proves that he could become a very good help for my athletes, For that reason, I purposed him as my assistant coach to Jos Hermens, and he could have an official role in the Global Communication management.

Particularly, he helped me to follow Florence Kiplagat, Moses Mosop and Abel Kirui, from the beginning of 2011. His help became for me fundamental in order to prepare Moses for winning Boston Marathon (2:03:06) and the WR (World Record) of 30 km on track, and for preparing Abel to win WCh (World Championships) in Daegu.

I gave him the task to follow the physical preparation of the athletes, during next Winter, and the basic rehab after some injury. This fact became very important during Summer 2012, when Florence Kiplagat had a stress fracture in one knee, and Gavin followed her on daily basis, achieving the full recovery for the beginning of 2013

So, I had the opportunity to appreciate in Gavin the passion, the interest and the knowledge he always showed while working with me.

I think the experience he was able to accumulate during the almost 3 years of coaching together is an important baggage, which must not be wasted, but can be used in the best way in your program.

Renato Canova speaking about Gavin in a letter to a National Governing Body after he left Kenya.

Gavin is a regular on the Running Trips Podcast which he hosts alongside Callum.

Gavin is a frequent contributor to our social media and blog where he offers coaching tips and advice and his perspective on all manner of running-related issues. 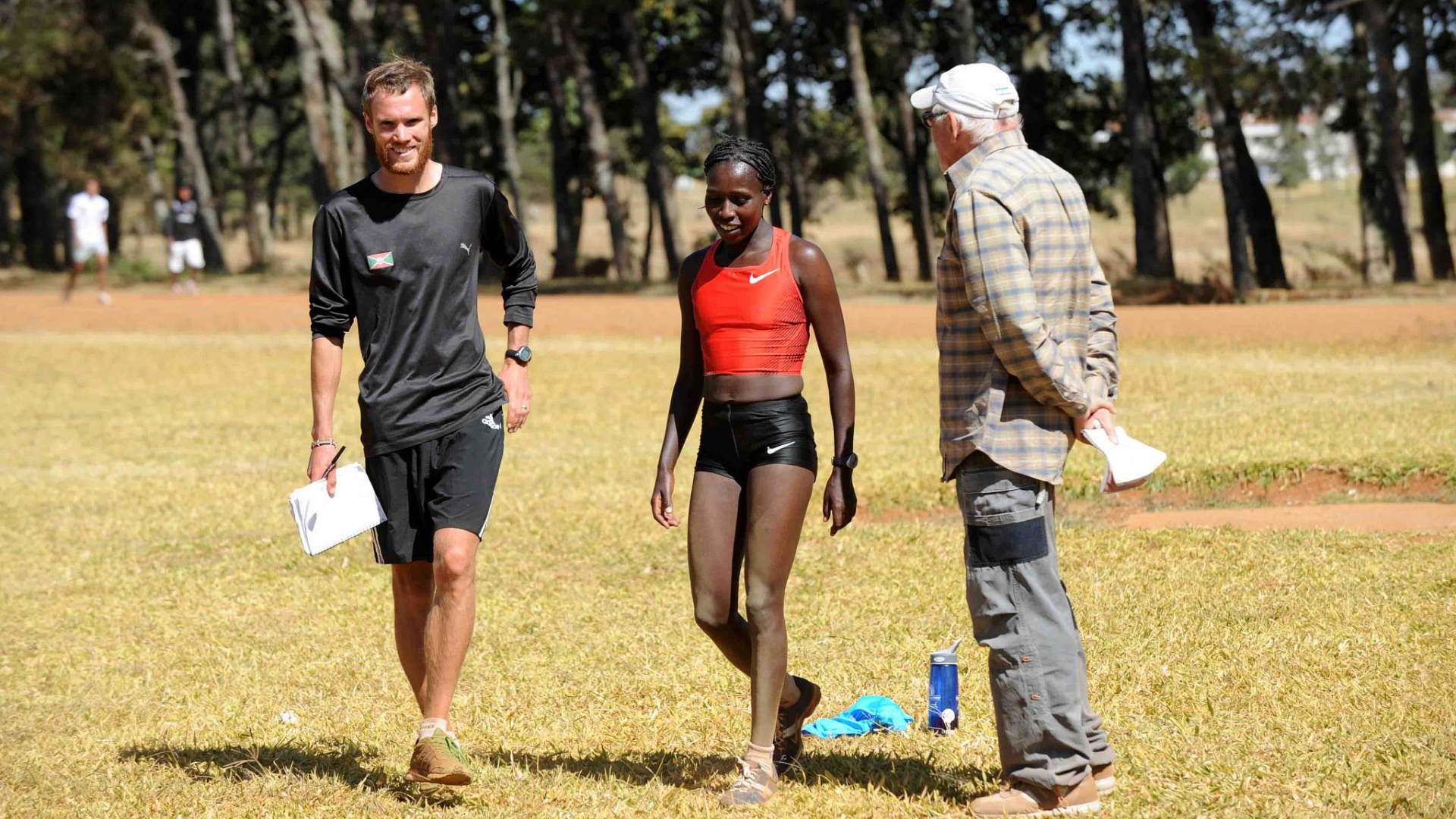