Kenyan Training – the Good, the Bad and the Irrelevant 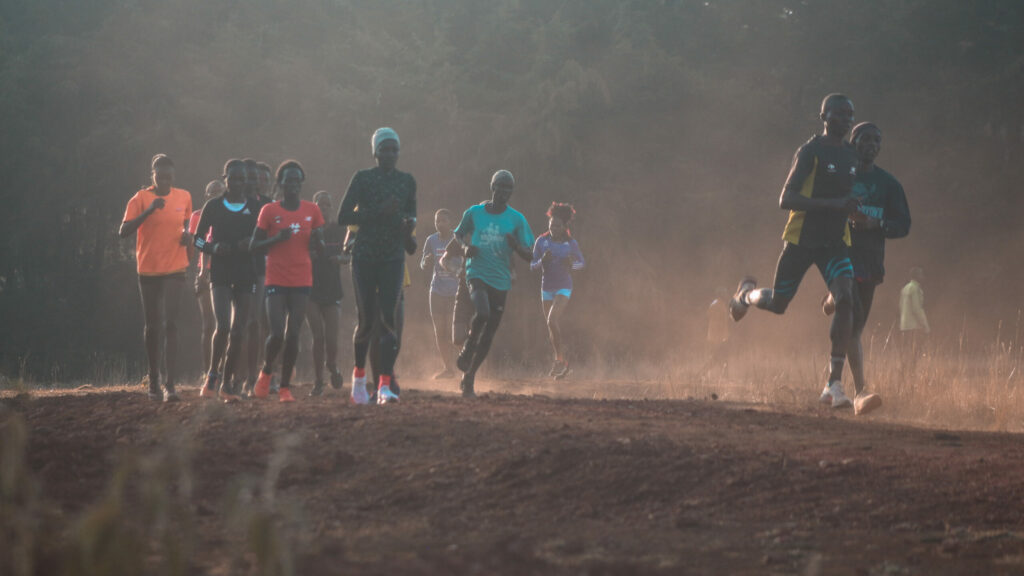 This blog answers that question by looking at 8 ways the Kenyan style of training can impact your own running. Three things to copy, two things you need not worry about, and three things where you should consider doing the opposite of the great Kenyan runners.

I’ve always considered that what we, as western non-elite runners, can take from the great Kenyan runners is an almost endless list of ‘do it this way, just like the Kenyans’. Having spent three great years living, running and coaching in the beautiful and awe-inspiring Rift Valley town of Iten in Kenya, I must admit that I do consider myself well versed in the way of life and the training methods of the country’s athletes.

So having recently recorded a number of podcasts with Coach Hugo van den Broek, where we focused specifically on how runners in Kenya train and what we, as mere mortal runners can learn from them, I was surprised to find that both during the podcasts and on prior reflection, that it was in fact a more balanced equation than I had expected.

Rather than simply listing the facts about Kenyan training methods and sending people on their merry way with the message of that’s how it should be done, I found that our discussion was more a case of weighing up the pros and cons of certain aspects of running and then assessing their relative values to the wider running community. It was a little to my surprise that this proved to be more nuanced and balanced than sitting there and shouting ‘TRAIN LIKE THE KENYAN’S’ to anyone who would listen.

This balance and nuance are some of the benefits we have with Hugo van den Broek on the podcast. Hugo is Head Coach on our training camps in Kenya and has a deep understanding of the system of training and how it is implemented. But he is also able to assess and analyse which aspects are most appropriate and beneficial for other runners to follow, and which bits may not work in the circumstances that we, as non-elite runners find ourselves in.

There are aspects of Kenyan training which the vast majority of runners would be very well advised to follow, But interestingly, there were also aspects that we collectively felt were not of great use to amateur runners, and other key aspects that we did believe should form part of an amateur runners training, which are absent altogether from the typical Kenyan training program.

So here are my takeaways from Kenyan training. 3 worth copying, 2 not to worry about, and 3 which are largely missing in Kenya but that you should consider including.

Areas where Kenyan training will benefit you:

1 Listen to your body

Such a simple concept, but so difficult to get right. As Callum explains during the podcast, this is a skill that needs to be learned. It’s not just ‘listening’ but also knowing how to interpret what your body is telling you, and then acting accordingly. Kenyan runners are masterful in this regard and know when it’s time to back off and subsequently when it’s time to push on.

2 When it comes to recovery, focus on the basics first and foremost

We all know that Kenyan’s take recovery extremely seriously. It’s a run, rest, repeat schedule. (Add in eat and drink of course). As Hugo jokes, the Kenyan’s have the ultimate recovery technology, a mattress! If you are not prioritising rest and sleep (and basic nutrition), then don’t concern yourself with any of the other ‘recovery tools’ out there. Don’t get me wrong, I personally utilise some of these tools such as massage guns and recovery drinks. However, I make sure that I am getting high quality and high volume sleep first and foremost.

That should always be your number one recovery tool, as it is for Kenyan runners.

The basic Kenyan training program is really simple. There are groups and individuals who have moved away from the standard Kenyan weekly program, but Hugo estimates that 85-90% of Kenyan runners still follow the standard Kenyan week of running. We summarise it in the podcast and have discussed it at length elsewhere (Such as the blogs on our sister site for Kenya Experience), but it is a very straightforward and simple approach to training. There are no fancy workouts, and no big secrets, it’s just a good mix of suitably hard work, mixed with general running volume and recovery.

If you have a key workout that you like to revisit to test your shape and build confidence, then that’s great. But don’t overthink the specifics. Until you approach the absolute peak of your ability level, it really isn’t going to make much difference whether you do 10x1000m off 90seconds rest or 12x800m off 60seconds rest – they are both good workouts and will achieve a similar stimulus.

Don’t get caught up in over-analysis. 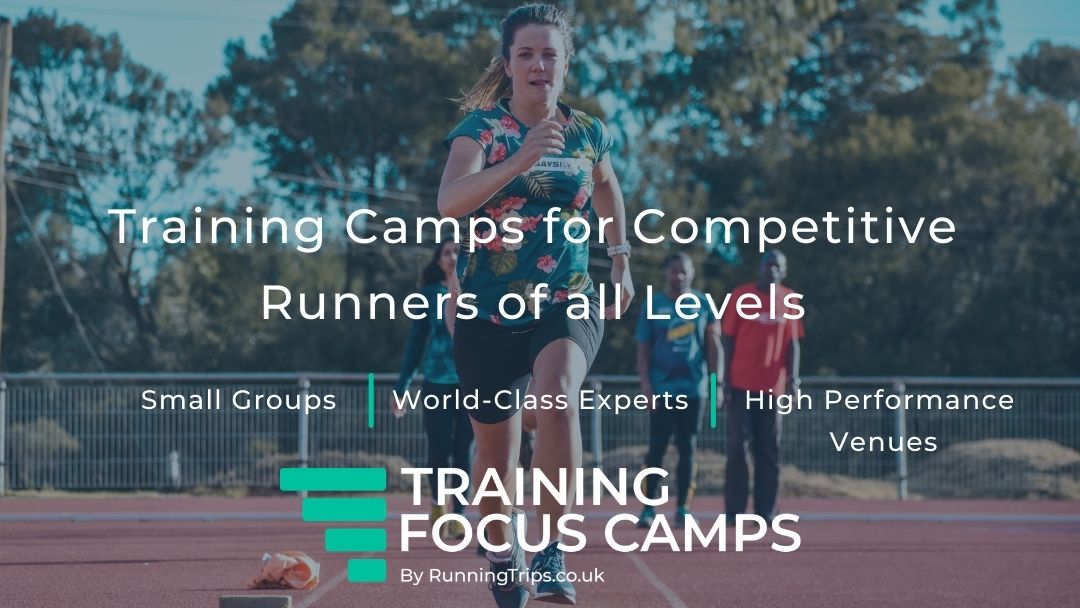 Common aspects of running in Kenya that will likely not help you:

The Kenyan shuffle is a very slow jog. It’s something of an urban legend to copy the Kenyans in this manner. However, unless you are already on high volume, it is probably not a good use of your training time.

If you are running 10 or more times a week, there may be a good justification for including some of these ultra-slow jogs in your program. Until you get to that point though focus on standard ‘easy’ runs rather than super slow jogs. Kenyan runners don’t go jogging instead of easy running, they do it in addition to easy running.

2 The emphasis on pace over volume in workouts

We discuss in the podcast the way that a typical Kenyan training session will revolve around the fastest runner in that group, and others will try to ‘hang tough’ for as long as possible. This same approach can be seen in many of the big marathons around the world, where a large pack may still be together into the latter stages before the dramatic drop-offs begin.

This is the same in training. If the workout is 15x1000m at 3min/km pace then the whole group will run at that pace and keep going until they can’t hold that pace anymore. Rather than set off at a pace for which they can maintain for the whole session. A group of 20 on rep one may be a group of 12 by rep 10 with only 3 or 4 runners completing the workout.

Our advice: Start out at a pace you can maintain for the entire workout.

Aspects of training that are ‘missing’ in a typical Kenyan training program and would benefit most runners.

Despite the misguided idea that Kenyan runners do endless drills to achieve their smooth running style, the truth of the matter is that drills/form exercises and indeed any sort of Strength and Conditioning program do not have any place whatsoever in the program of the overwhelming majority of Kenyan runners. (You can see our previous blog on one of Myths of Kenyan Training here) However, Coaches Hugo & Callum agreed that there is a place for this type of training for most runners and that is one case where copying the Kenyan’s is not recommended.

That’s not to say that the Kenyan’s are getting it wrong. Simply that a large portion of Kenyan runners have already attained the benefits that these kinds of sessions would achieve, and that the vast majority of amateur runners have not.

We do this type of supplementary work to condition the body to run in an efficient and safe way, and (for the most part) Kenyan runners already do this, but the majority of others do not. So we have significant scope for improvement and spending some time on drills and in the gym would be time well spent.

You won’t find many tempo runs in the programs and training diaries of Kenyan runners. The typical week includes an interval session and a fartlek as the main workouts.

There are various reasons behind this, which we discuss during the podcasts. Some of that is cultural (they follow what has worked for the previous generations), some of it is geographical (the hilly terrain simply lends itself better to the uneven pace of a fartlek than the sustained consistent rhythm of tempo runs). However, Coach Hugo explained, that in many cases Kenyan runners do get a lot of what we would call ‘Tempo’ running (or threshold to some) in an impromptu way during other runs such as progressive runs and faster paced long runs.

So even though there is no formal ‘tempo run’ seen on the schedule, in reality, they do tick that physiological box during other runs.

The third aspect we believed that the everyday runner could benefit from something very different to the typical Kenyan runner is in following a program that was designed specifically for you.

Whilst keeping things simple and not fretting over the minor details can be advantageous, simply copying someone else’s program, including their paces, is not.

The norm in Kenya is for groups to form around one high-level athlete. The other group members simply copy the training that athlete is doing. Even a simple intervention such as setting a specific pace for runs and workouts which is relevant to your current fitness, rather than just hanging on to the group leader for as long as you can, would be a huge improvement on this system.

Don’t sell yourself short by cut and pasting someone else’s training program.

I’ll finish with a quick quote from my old colleague and mentor Renato Canova ‘If two runners perform the same training, the only thing we can be certain of is that their bodies received a different stimulus’

So, train like the Kenyans? Yes. But within reason.